Back to Blog Posts
Prev Next

April Lisette is an award winning vocalist and pianist from Albuquerque, NM. She left in 2010 where she lived in Phoenix, Tucson and on the island of Oahu working as a teaching artist, model and actor in musical theatre. Now she's back in the Land of Enchantment. While on a soccer & music scholarship, she graduated from New Mexico Highlands University in Las Vegas, NM with a B.A in Music Performance (piano & voice).

April started playing the piano at the age of  6 1/2 under the tutelage of Mary Jobe and Flora Russo and was a 1st and 2nd place scholarship recipient at age 11 and 12.  She also found an interest in composing and has written over 30 pieces of original music in which over half were completed between the ages of 12 & 20. She started singing at a young age but didn't take lessons until college.

In high school, at the request of her private teacher, she auditioned  and became apart of the Young Razzcals Jazz Project Directed by Dave Adams. They produced several records in which April was a vocalist on and were guest artists at the prestigious Telluride Jazz Festival.

At 16 she began teaching piano in high school taking over the younger students when her private piano instructor was unavailable and also taught sports at the YMCA. Since then she has had over 20 years of teaching experience with young children ages 3-17 as well as group adult classes and private lessons.

April continues to study voice under Carol Jennings (Grammy Award Winning Singer in The Phoenix Chorale) as well as acting with various classes and instructors.

April has been a resident actor and teaching artist at Play Conservatory playing one of the lead roles: Eve & Mama Noah in Children of Eden. And recently starred as Delores Van Cartier in Sister Act the Musical at Albuquerque Little Theatre.

In May 2018 April made her New York debut in Carnegie Hall accompanying one of her voice students in The Young Artists Concert in Weill Hall. She also is a teaching artist and Music Director for the "littles" program at The Growing Stage and is on staff at The School of Rock and New Mexico School of Music.

I got the opportunity to interview a great local business in Albuquerque New Mexico, My Other Closet! Check out this store!   5850 Eubank Blvd ...Read More

Have a Question or Want a Free Market Report?

Contact Us
Questions? We're Here to Help
Recently From Our Blog 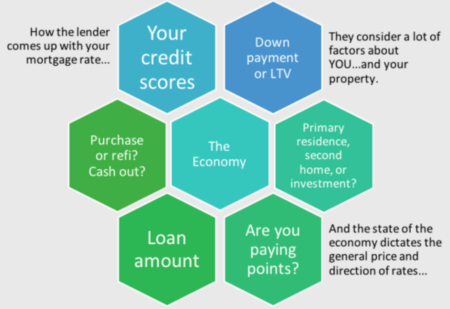 How is COVID-19 affecting Mortgage Industry, Interest Rates and You?

Have a Question or Want a Free Market Report?